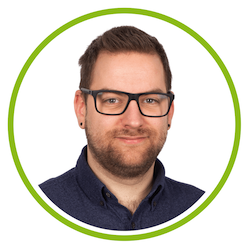 How bullying impacted my life

Disclaimer: This is a very personal blog post. It is about being a victim of bullying, coping with those circumstances and how it can affect a person.

I still remember the very first console I got from my parents, the NES (Nintendo Entertainment System). I was a very average kid at the time. In school everything went fine and if I had to describe myself it would be as curious and with a lot of fantasy.
Getting the NES did not change much for me at the time. My main things to play with was still Lego to build my fantasies and disassembling old electronics wondering how they worked.

All fun and games

Of all my classmates I always was the shortest one. Transferring to a new school made me the subject of name calling because of that. Nothing I couldn’t handle as I tried laughing it away with humour. There were other kids in my class who had it a lot tougher. Despite that it still bothered me more than I showed. During recess I would hang out with the guys I knew from football. Usually a year older but friendlier than those of my class.
It did not yet spark my escapism. I was still a very social boy who went skating with friends and hung out., but there was a change in the way I gamed. I noticed I would use it to get rid of the frustrations I had. In the games I played I felt strong, tall, untouchable and I could be whatever I wanted to be.

It hits the fan

When I was around 15 years old I fell in love with a girl at school. Even though I was pretty social I was pretty shy on that front., not even seeing she kind of felt the same way.
Because I did not act on it she moved on to another guy who was from my hometown.
One night out with friends I went outside to get some fresh air when suddenly I found myself surrounded. Her boyfriend and all my former buddies from football. Apparently I was threatening the girl, even though I hadn’t spoke to her for a few weeks.
He demanded to see my phone, which was ok for me as I had nothing to hide. Even though he could not find anything he still kept telling me how he was going to teach me a lesson. Luckily my friends came looking for me and the menacing group left.

It was not the end of it though as a few nights later they were at my doorstep. Banging on the windows and door while shouting for me to come out.
One of the neighbours went out to see what all the noise was about. They answered her how they were going to beat me up, not a good idea as the neighbour called the cops.
The group was confronted by the police and told to never bother me again or their parents would be informed.

A few years later a lot of them apologised to me, either in person or by text. Some even pretend it never happened. In the end it became clear that the boyfriend was lying but the damage was done.

From super social to super asocial

The experience scarred me hard and for years I locked myself up in my room. I only went out for the most necessary needs: school and my student job. Going out with friends was a thing of the past, I always had an excuse so I wouldn’t have to go. Whenever I did go outside I was constantly looking over my shoulder, scared of being jumped.
The one thing left to do was to binge watch shows and play games. The last one always one as I played from when I got up until I went to bed. The only time I stopped was to go to school, go to my student job or eat.
It got to a point where my parents were concerned and asked me to please start going out again. But whenever I tried I felt nothing but fear and being uncomfortable.

As time passed by I graduated and went to high school, where I met a lot of new friends and reacquainted with two old friends. I started going out more with my old group as well.
I tried to deal with the fear by overcoming obstacle by obstacle.
Though I never asked for help, which I wish I had.

My current girlfriend pushed me to go get some professional help and I did. Thanks to those sessions I now see that it was the other guy who was scared. He was afraid his girlfriend would still leave him for me.
How stupid that something as puppy love can create such scars on my end.

Another trick I tried is putting myself on the spot more. Public speaking about the things I love to do seemed the perfect way to do that.
This not only got me further in my healing it also resulted in meeting a lot of new interesting people.

If you have met me at a meetup or a conference you might have noticed I still hold back a lot. The only exceptions being on stage or through social media. I do try to be social and talk to new people but it’s not always easy. In the back of my mind the fear can still show up, letting me believe that everyone’s out to get me.

When that happens I still tend to grab back to gaming as a remedy. It still offers that relief, that escape from the fears. I do try to limit this, always shielding myself off will do me no good either.

In the same spot

Now I did not write this post for everyone to feel sorry for me or look at me differently. I wrote this for the people that are in the same spot, young and old. If you’re one of them or you can relate to what I just wrote please ask for help from parents, loved ones, friends and even a professional. Life is far too beautiful and there are too many interesting people to meet to live in fear because of a few bad apples.

If you need a chat after reading this feel free to contact me. I’m always open to listen to your story.